Wizkid and I are friends with benefits: Tiwa savage 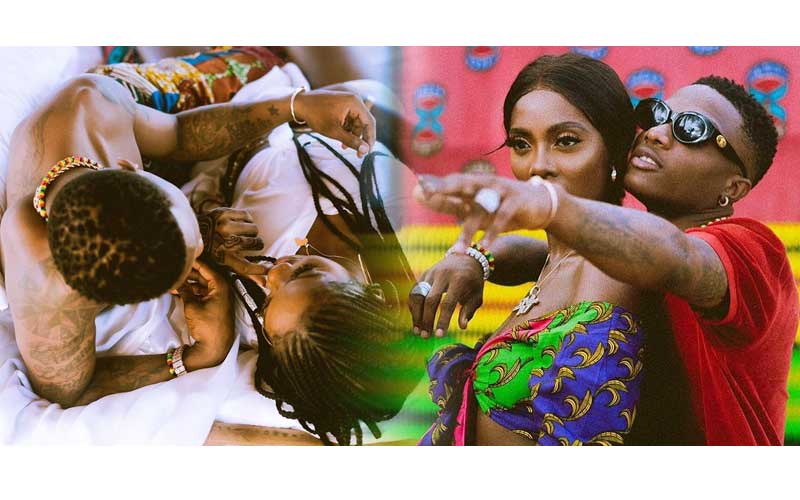 Nigerian singer and songwriter Tiwatope Savage popularly known by her stage name Tiwa Savage and Wizkid have often been rumoured to be dating given their chemistry.

After numerous speculations of the two dating, fueled by their undeniable online and screen chemistry, Tiwa Savage finally put the dating rumours to rest.

Speaking during an interview with the beat 99.9 FM, Tiwa explained that she and Wizkid are friends with benefits.

According to her, the benefits include making music and money together.

“We are friends, very good friends. There are few benefits; we do shows together, we do music together, we make money together,” said Tiwa.

When the rumours first started making rounds on the internet about a year or two ago, Tiwa acknowledged that she had heard of them but had decided not to comment on the issue.

“I heard all sorts of stories about Wizkid and me, but I chose to ignore them. At a point, people said I was dating Humblesmith; later they mentioned another (artiste).

“How long will I continue to debunk these rumours? I have been in the music industry for quite a while and I have grown a thick skin, so certain rumours or insinuations don’t get to me again,” she said.

The two have done a number of music collaborations together namely; Ma Lo, Bad, Dis Love and not to forget their steamy music video, Fever.

Still on the topic of relationships, Tiwa said that she’s not seeing anyone at the moment.

“There’s really no reason why I’m single. It’s just, I don’t know, maybe work. I don’t get people sliding in my DM also. They just ask me for school fees or something like that,” she said.

The mother of one who was at some point married to Tunji Balogun but was forced to break off her marriage.

Tiwa accused her ex-husband of being a ‘financial wreck’ and a drug addict who had abandoned his family.

Other than that Tiwa says she suspected Tunji was suicidal and needed to do everything in her power to keep him alive.

Tunji, on the other hand, accused the Nigerian singer of sleeping with three of the biggest names in Nigeria’s music industry- Donjazzy, Dr Sid and 2face Idibia, a claim Tiwa firmly rubbished.