“Ginger Me”, “Alien”, “Woman”…. Which Rema New Song Are You Feeling The Most? 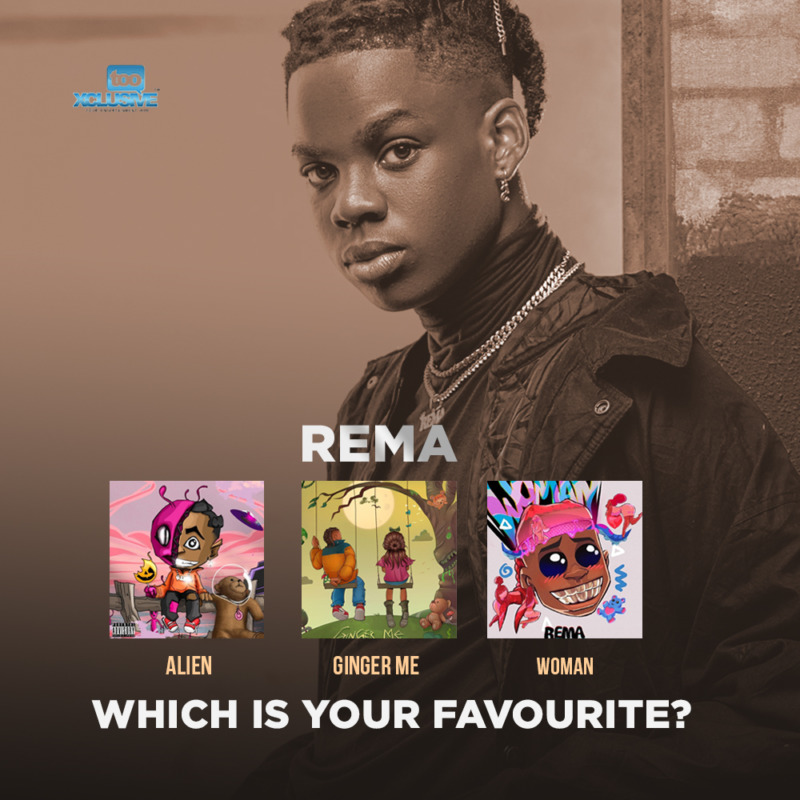 Remy Boy has been dishing out hits since the beginning of the year. He is not leaving any breathing space for other artistes because it’s been nothing but hits back to back.

His 2019 hit track ‘Dumebi’ is still breaking records and recently, he got nominated at the 2020 BET awards for Best New International Act. The Mavin act started the year 2020 with the hit song ‘Beamer’ and recently he wowed us with 3 different bangers back to back. So far the new tracks, “Woman,” “Alien” and “Ginger Me” from Rema seems to be fan favorites at the moment. In each track, the superstar redefines his art and brings out something different and better.

“Woman”
This is his latest jam which was produced by Ozedikus and Altims. ‘Woman‘ an interesting blend of Pop, Afrobeat and the African sound. Rema talks about his unhealthy addiction to women. He says he can’t just stop loving them and doesn’t mind marrying them.

“Alien”
Rema is a love of trap and we often get to see him infusing this genre into his music. The singer has released Trap freestyles like “Trap Out The Submarine,”” American Love,” and “Superman & Boulevard“. Alien is another hit trap record that sees him sing about being in love with his “Bestie ” and wouldn’t mind spending the racks on her.

“Ginger Me”
The banger “Ginger Me” is a love song that sees a love-struck Rema putting his Bad boy aside and confessing his love feelings to the lady that hypes his system. She’s the only on that gingers him.

We know these tracks are bangers but we would like to know which of them you are feeling at the moment. This has brought us to ask, Which of his new tracks; “Woman,” “Ginger Me,” and “Alien” is Your Favourite? You Feeling the Most, Rocking Your Playlist?

Do drop your thought in the connect section below